For this Toyota Attorney, ‘It’s All About the Warm Fuzzies’

It was his first day at kindergarten and Scott Young was just five years old. But the Toyota Motor North America (TMNA) managing counsel remembers the pivotal moment like it was just yesterday.

“I have a very distinct memory of the teacher showing us a picture of a fuzzy blue blob with eyeballs on it,” says Young. “She said, ‘This is a warm fuzzy. In this class we are going to learn what it’s like to give them to each another.’ To me, pro bono legal work is all about the warm fuzzies.”

Since coming on board at TMNA in 2017, Young has been a driving force behind the legal department’s outreach to Plano and the surrounding communities. Recently, Texas Supreme Court Justice Eva Guzman presented to him the 2020 Access to Justice Corporate Counsel Pro Bono award for this work.

But, truth be told, Young has had a passion for helping others throughout his life.

For example, as a member of The Church of Jesus Christ of Latter-day Saints, , Young set aside his pursuit of an undergraduate degree in political science at Utah State University to fulfill two years of community service in Mexico, where he helped rehab dilapidated schools, taught English, and much more, all in addition to sharing his religious beliefs.

When he returned to his studies, Young researched the lifechanging impact higher education can have on people in prisons, and the corresponding rate of recidivism – the likelihood they will return to a life of crime once they’ve served their time. Firmly believing that prison should be about corrections rather than mere warehousing, that research inspired him and a few of his fellow student government members to write a bill and successfully lobby for its passage in the State of Utah that, in the pre-internet days of 1999, secured funding for the first electronic delivery of higher education classes to people incarcerated in the state’s prisons. Based on the pilot program’s immense success, the Utah legislature eventually increased funding fivefold to expand it statewide. 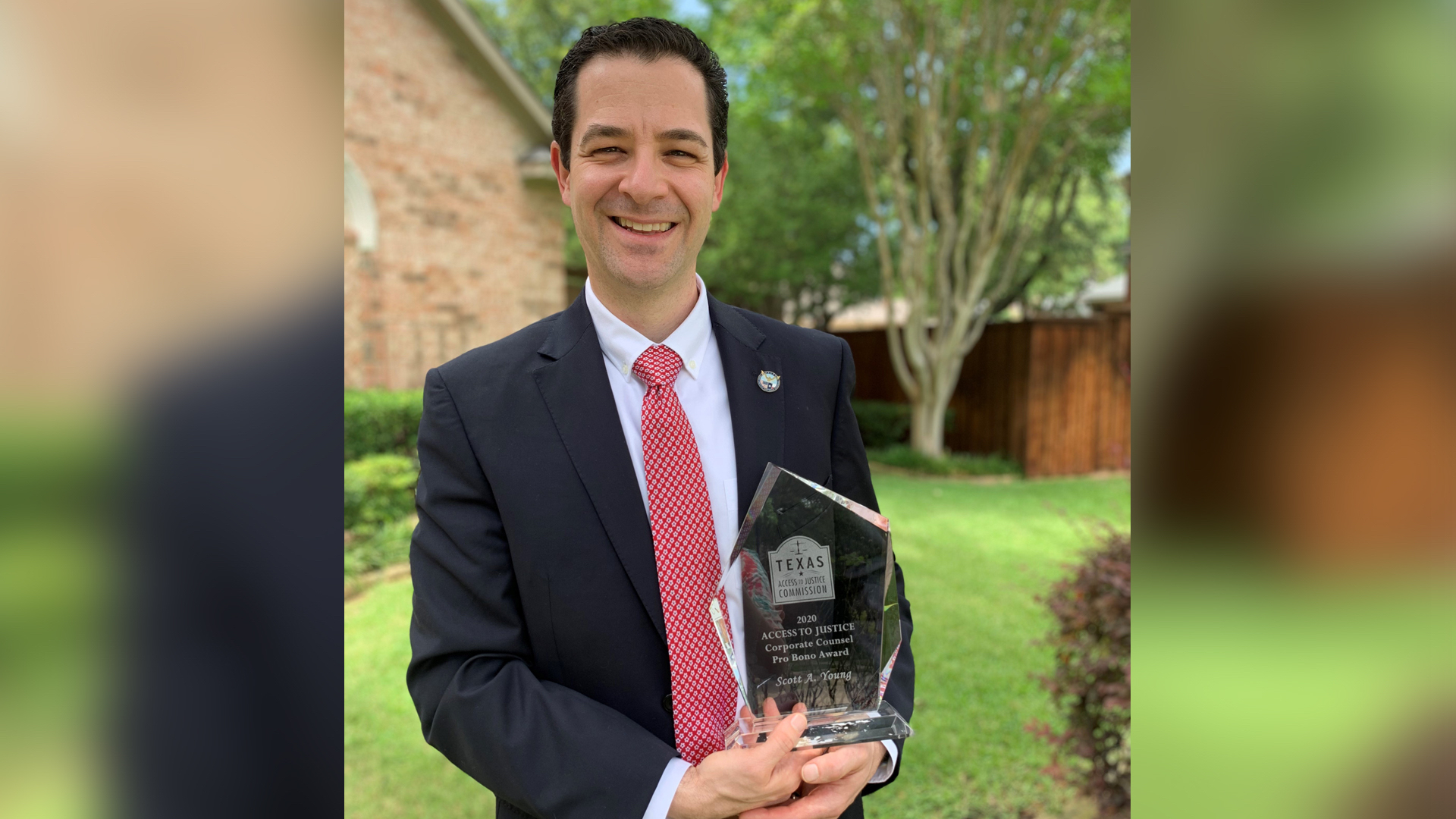 Respect for People in Action

After earning his law degree at the University of Texas at Austin, Young settled into a career that specialized in real estate, construction, and corporate transactions. Then TMNA made the move to Plano, and Young jumped at the opportunity to work for a company whose values aligned with his.

“The reputation of the company and its respect for people precedes it,” Young says. “Toyota just has this desire to invest and give back to the communities where we live and work. It’s part of our DNA.”

Since then, Young has served as the de facto head of the legal department’s pro bono committee — sponsored by Assistant General Counsel Deborah Greenman — significantly broadening its outreach.

For instance, in October 2018, TMNA hosted a pro bono legal fair that brought more than 100 Dallas-area lawyers together with over a dozen pro bono legal organizations. TMNA’s legal department also now routinely conducts estate planning clinics for City of Plano first responders, legal clinics for veterans, and more. And it recently spearheaded a drive to raise over $11,000 to support Minnie’s Food Pantry based in Plano.

“When the pandemic hit, one of our first thoughts was: ‘This is a hard time for a lot of people. How can we help?’” says Young. “I give Sandra Phillips Rogers (TMNA General Counsel and Chief Legal Officer) a lot of credit for that. Given everything on her plate, she has really taken a leadership role in the community. You can have a passion for service, but if you don’t work for a company that prioritizes that, it’s not going to happen.” 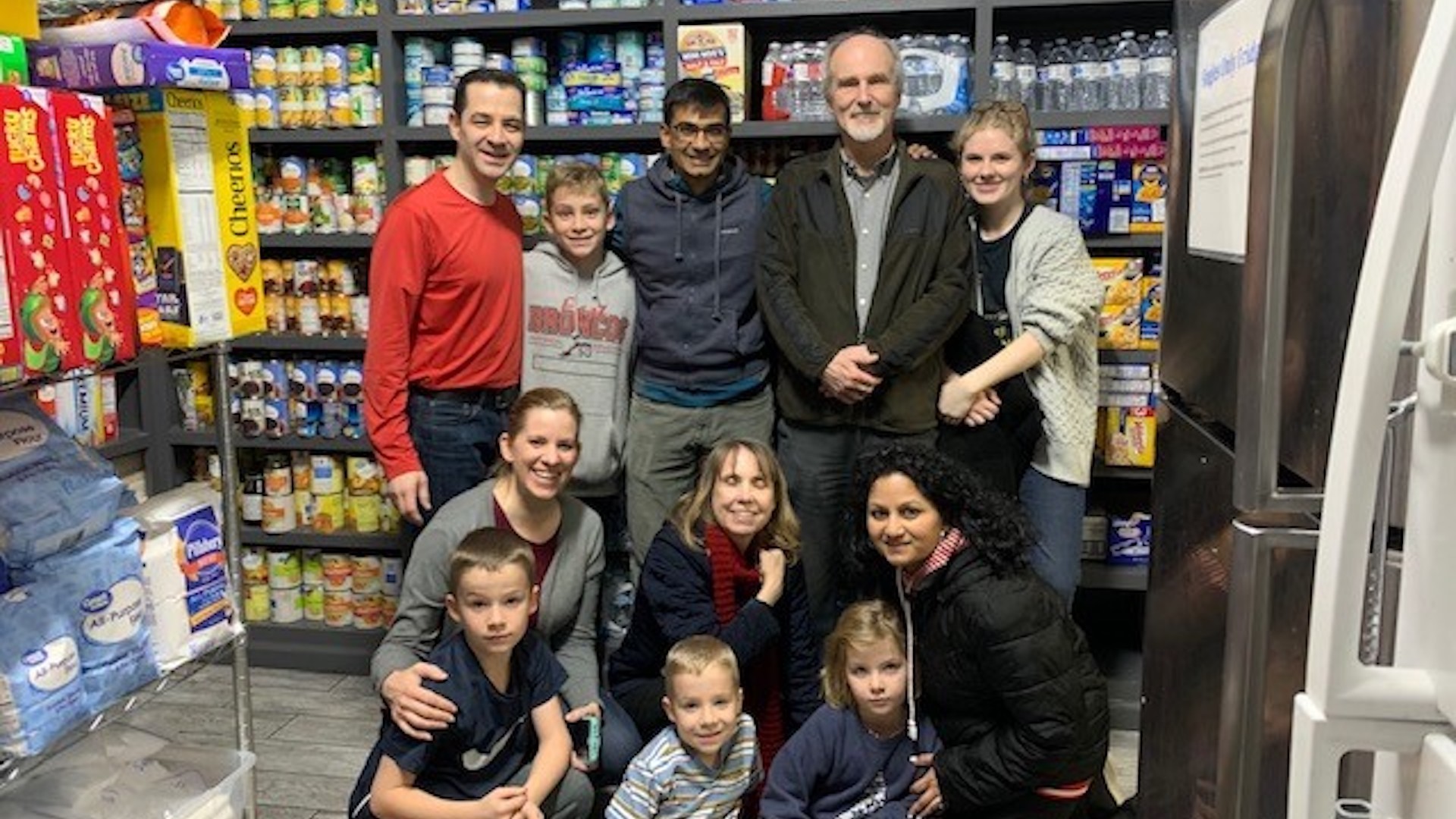 All in the Family – Young (back left), his wife Julie (middle row left) and four of their children joined with others to deliver approximately $3,000 worth of non-perishable items to the South Dallas-based Mosaic Family Services.

Meanwhile, Young routinely volunteers hundreds of hours to such causes as Hurricane Harvey recovery, domestic violence shelters and legal assistance for low-income Texans. He also donated the $2,000 stipend he received for winning the pro bono award to the Housing Crisis Center in Dallas and Mosaic Family Services, which operates a shelter for survivors of human rights abuses, including human trafficking and domestic violence. TMNA is matching that gesture, dollar for dollar.

The money, no doubt, is a welcome boost. But it’s Young’s willingness to share his expertise — amid the demands of a full-time job as well as a family of six school-age children — that ultimately makes the difference.

“I recently participated in a legal clinic at the Housing Crisis Center,” says Young. “I met with a gentleman who, because of COVID, had his wages cut by 20 percent. His landlord told him that if he was an hour late with his rent that he’d be out on the street. I was able to walk him through his legal rights and let him know what resources were available to him for temporary rent assistance. For me, it was just an hour or two out of my evening on the phone. But for him, it was a huge load lifted — which was huge for me. Pro bono work is definitely a two-way street. For me it’s all about that warm fuzzy I feel inside.”