The migration of customers away from passenger cars and toward SUVs and pickup trucks in recent years has been well documented. But what about vans? Do they still factor into the mix?

Toyota, with its launch of the all-new 2021 Sienna, offers a resounding, “Heck yeah!” 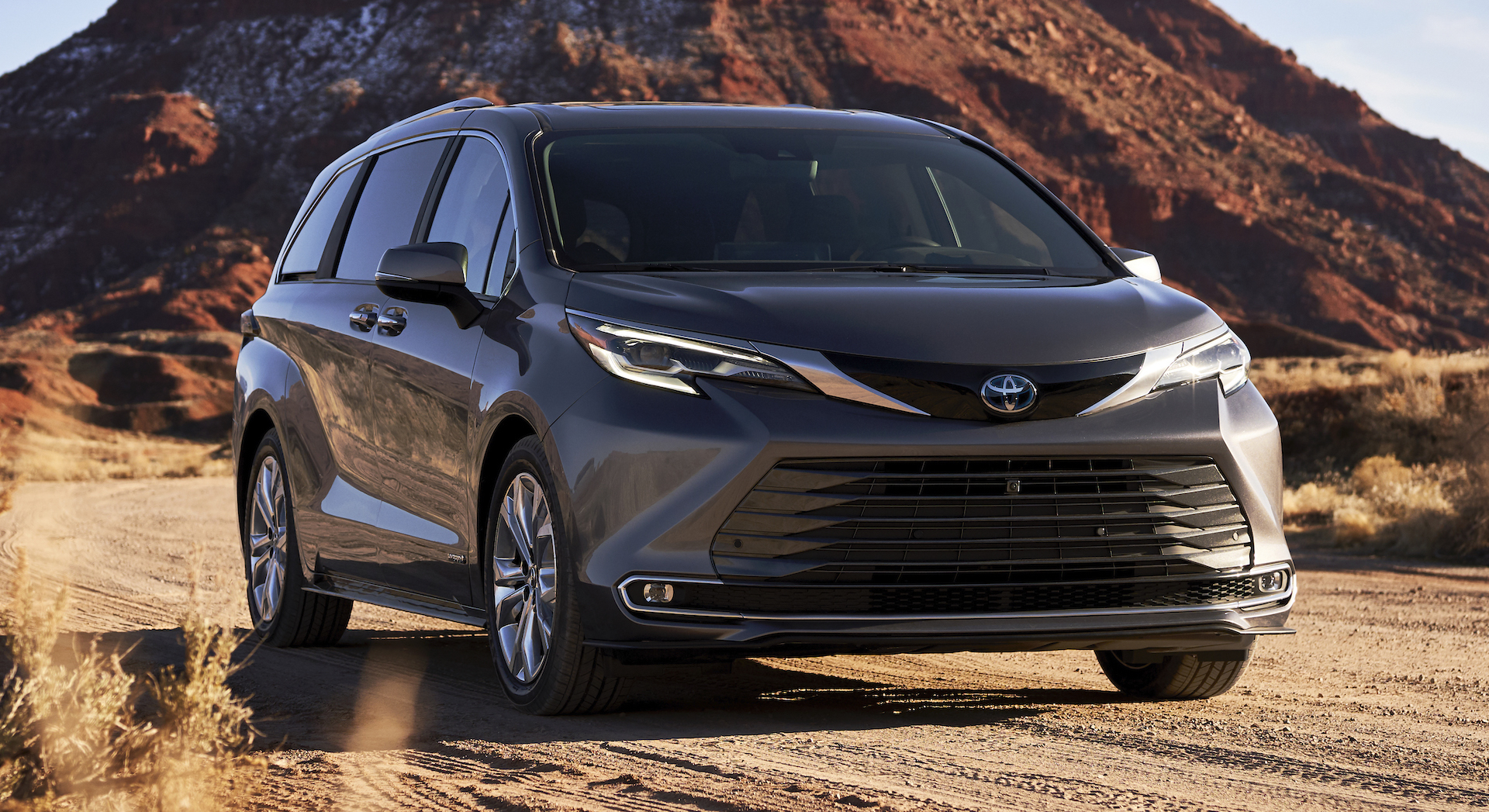 Best of Both Worlds -- As Bob Carter puts it, the new Sienna "delivers on SUV-like looks without compromising the convenience and utility of a van.”

The lower profile segment might have experienced a slow but steady decline over the past four years. But in 2019, there were still more than 400,000 customers in the U.S. who gravitated to the humble minivan’s unique strengths. With its fourth-generation Sienna, Toyota believes it has created a highly innovative mobility solution that doubles down on those attributes — and extends them even further.

“This all-new Sienna takes style and versatility to a whole new level,” says Bob Carter, TMNA executive vice president of sales. “It delivers on SUV-like looks without compromising the convenience and utility of a van.”

Looking Good -- The Sienna's rakish new exterior will appeal to the heart while the hybrid powertrain that lies underneath will speak to the head.

The Sienna’s rakish new exterior will no doubt grab your attention. But the really big news lies underneath: every model is now propelled by the latest generation of Toyota’s hybrid powertrain. That will appeal to the number crunchers, balancing 296 total horsepower with a projected class-leading manufacturer preliminary estimated combined fuel economy of 33 mpg.

But the new Sienna will also connect with buyers who go by feel, with its ultra-smooth acceleration and reduced engine noise — thanks in part to its TNGA-K platform. All drivers, though, will notice the low-speed torque kick from its two electric motors working in concert with a high-efficiency 2.5-liter DOHC four-cylinder engine. 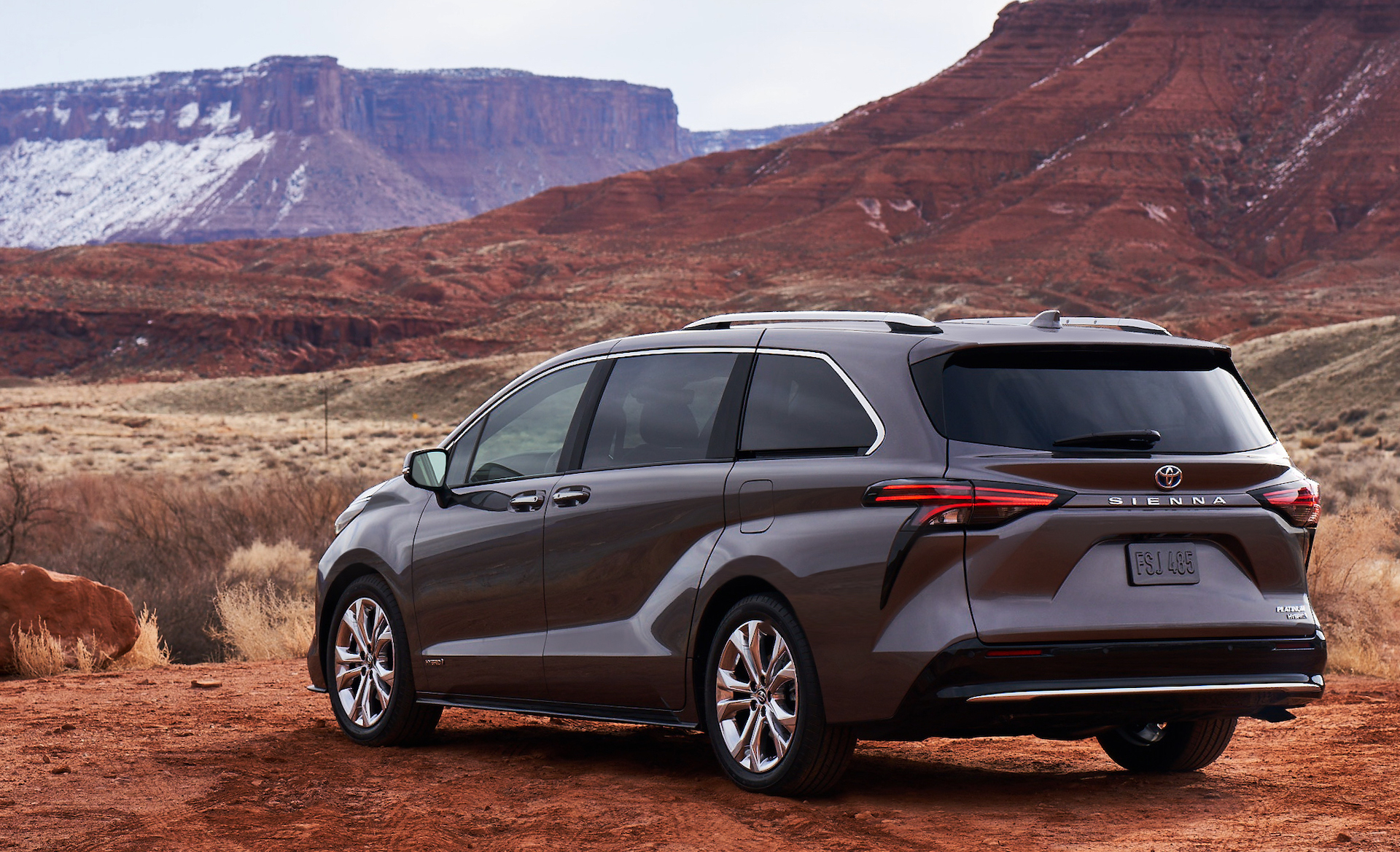 Let's Go Places -- All versions of the 2021 Sienna are rated to tow up to 3,500 pounds. That’s enough to pull a well-equipped travel trailer.

Van buyers tend to be swayed more by practicality than performance. So they’ll be intrigued to learn that all versions of the 2021 Sienna are rated to tow up to 3,500 pounds. That’s enough to pull a well-equipped travel trailer.

And if they opt for the available E-Four All-Wheel Drive system, they can optimize the Sienna for the outdoors. To this end, Toyota has teamed up with Yakima, one of the leading makers of outdoor equipment, to offer a range of new active lifestyle accessories — such as a rooftop carrier, cross bars, bike rack, top tent and more. And Toyota dealers will offer an accessory 1,500-watt inverter with 12V AC outlet to power camping gear. 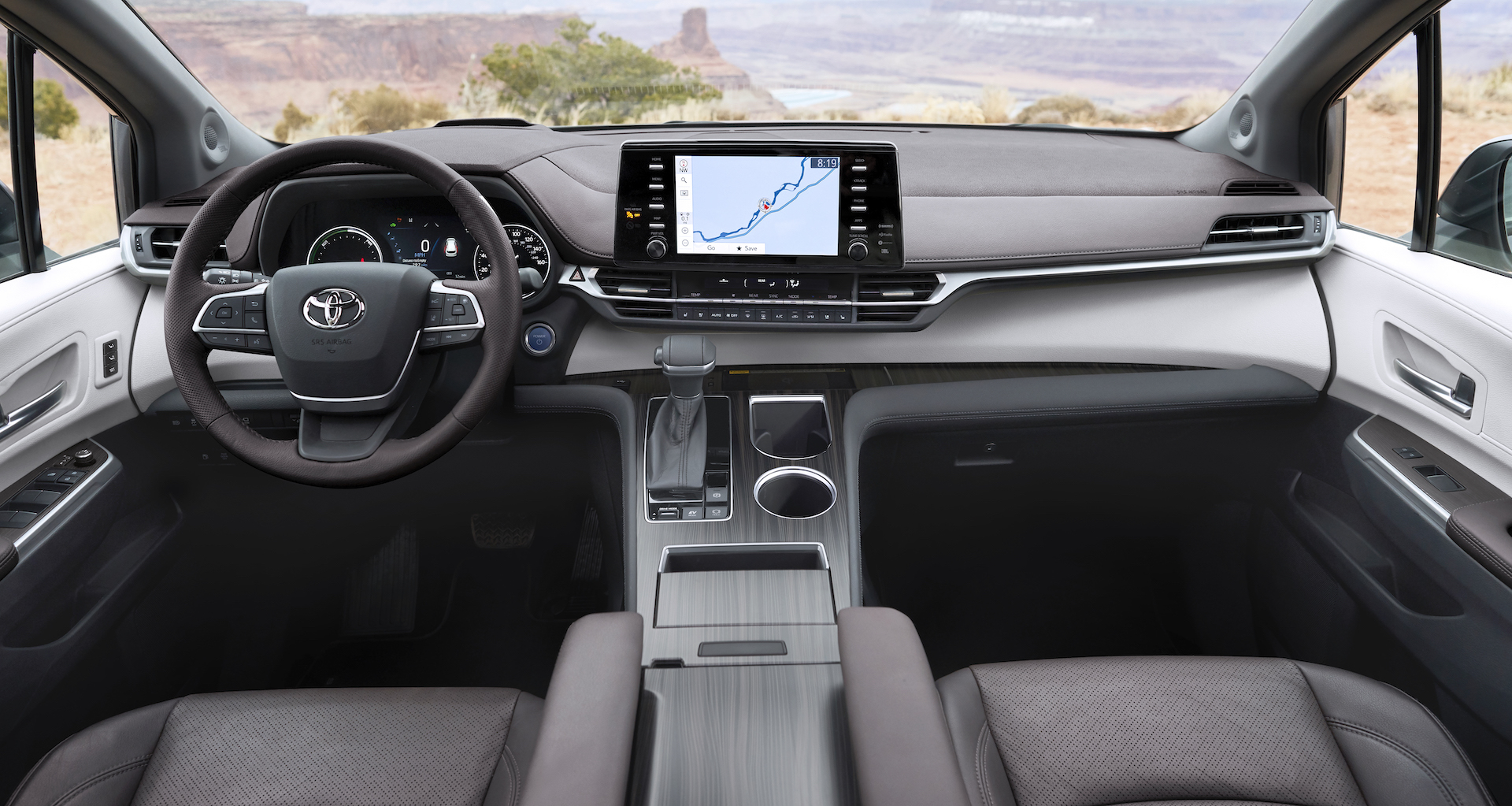 This emphasis on functionality carries through in many other ways, such as: 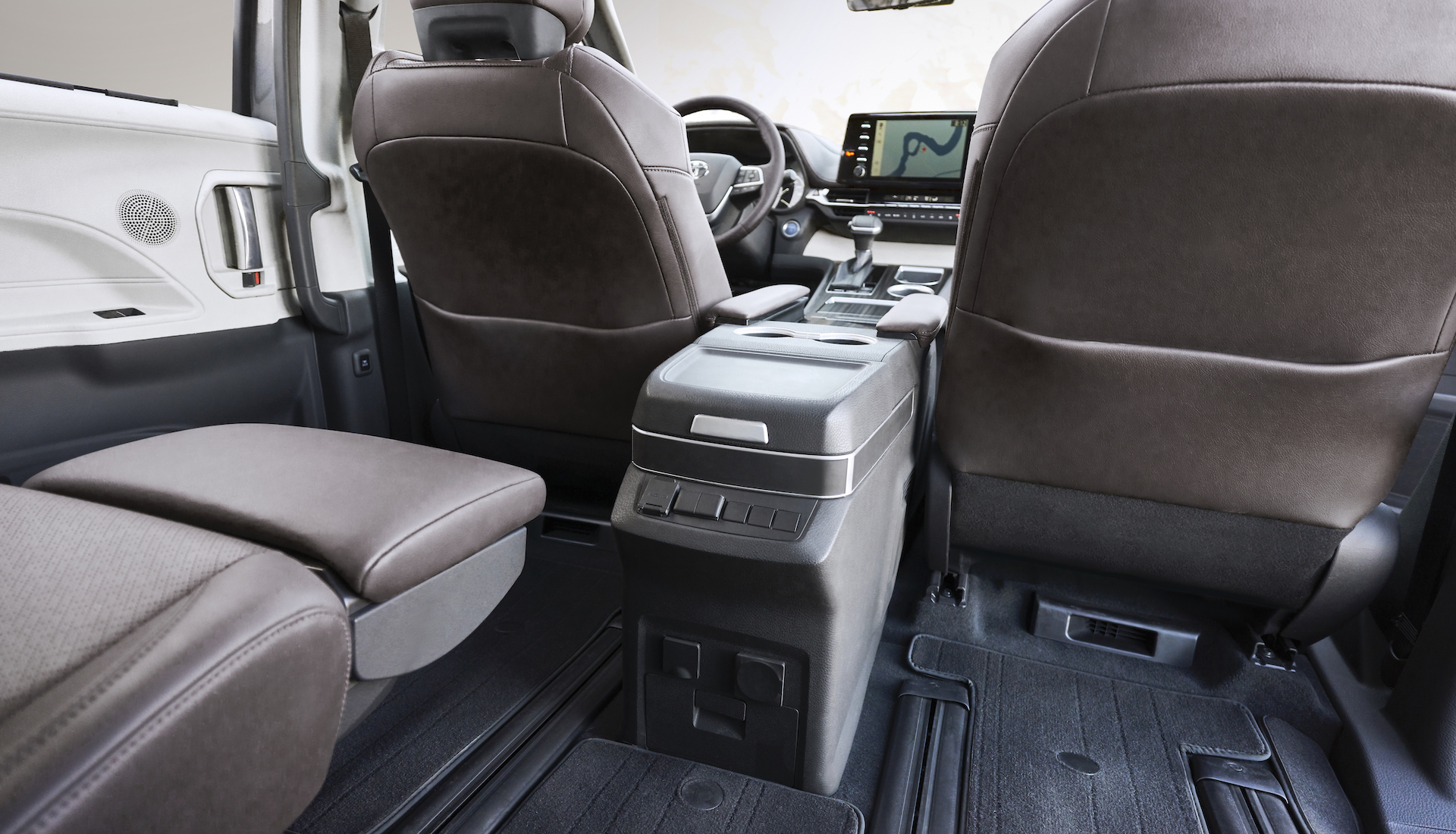 Time to Relax -- Opt for the seven-seat configuration and rear seat passengers can kick back on Super Long Slide second-row captain’s chair seating with ottomans.

The Sienna is, at heart, a family vehicle. So, it should come as no surprise that all grades come standard with Toyota Safety Sense 2.0, a comprehensive active safety system that includes:

The new Sienna will be offered in five grades: LE, XLE, XSE, Limited and Platinum. It’s scheduled to hit dealerships in the fall.