The transformation of Toyota’s persona into a maker of fun-to-drive vehicles continues with the limited-run Corolla Apex Edition for 2021.

It’s an essence first captured in 1967, when James Bond made the Toyota 2000GT his ride of choice in You Only Live Twice. And it’s been reimagined and revived through the years in such vehicles as the Celica, MR2 and original Supra, as well as more recently with the 86 and the GR Supra.

But the performance-oriented bent of those vehicles is obvious. Less so, but perhaps more significantly, are the brand’s mainstream cars that have benefitted from this mindset.

Like, say, the Corolla. The best-selling nameplate of all time is best known as a reliable and practical choice for buyers on a budget. But when the latest generation of this subcompact sedan came to market in 2018, its enhanced performance and handling characteristics delivered something more: a bit of fun.

Or, as Akio would put it, waku doki.

It’s now time to add another chapter to this ongoing storyline. Toyota has now unveiled the 2021 Corolla Apex Edition, based on the SE and XSE grades, that takes that under-the-radar oomph and turns it up a notch. 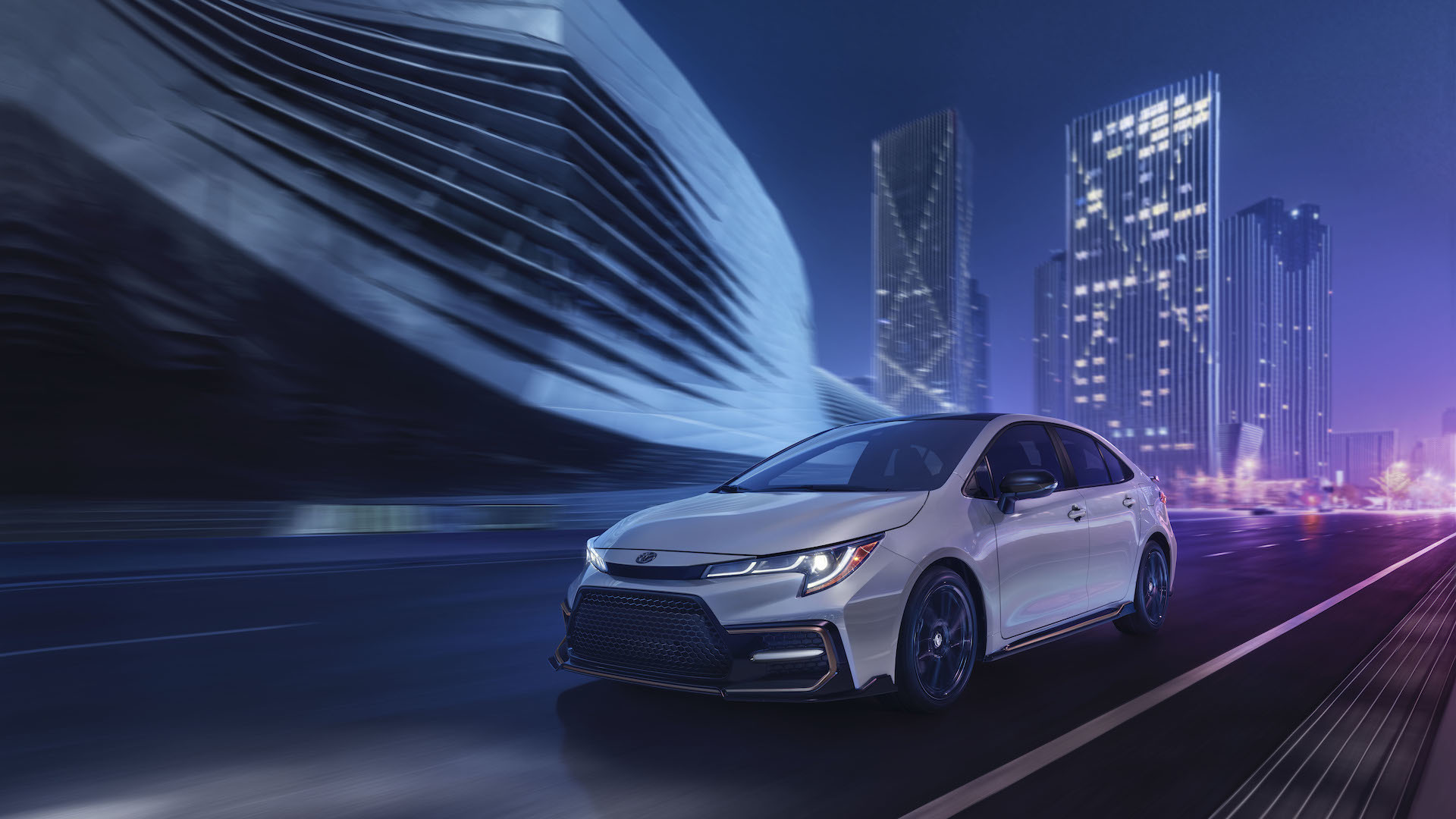 How so? Consider these seven points of distinction:

Sport-tuned suspension — It’s right there in the name. In track driving, racers aim to “clip the apex” of a corner to turn the quickest lap times. The Corolla Apex Edition promises to deliver similarly aggressive cues through its high-strength TNGA-C platform, modified with a lowered sport-tuned suspension, solid stabilizer bars and special lightweight 18-inch alloy wheels. Go with the available summer performance tires and you’ll enjoy more grip and a closer connection to the road. The net effect? Improved body control and a more stable ride during cornering.

Factory-custom body package — The Apex Edition certainly looks the part. Its black body kit with bronze accents accentuates the Corolla’s edgier styling. Details of note include front spoiler, fog light covers, side moldings and rear diffuser. And those who want to go all in on the head-turning looks can add the available rear trunk spoiler. 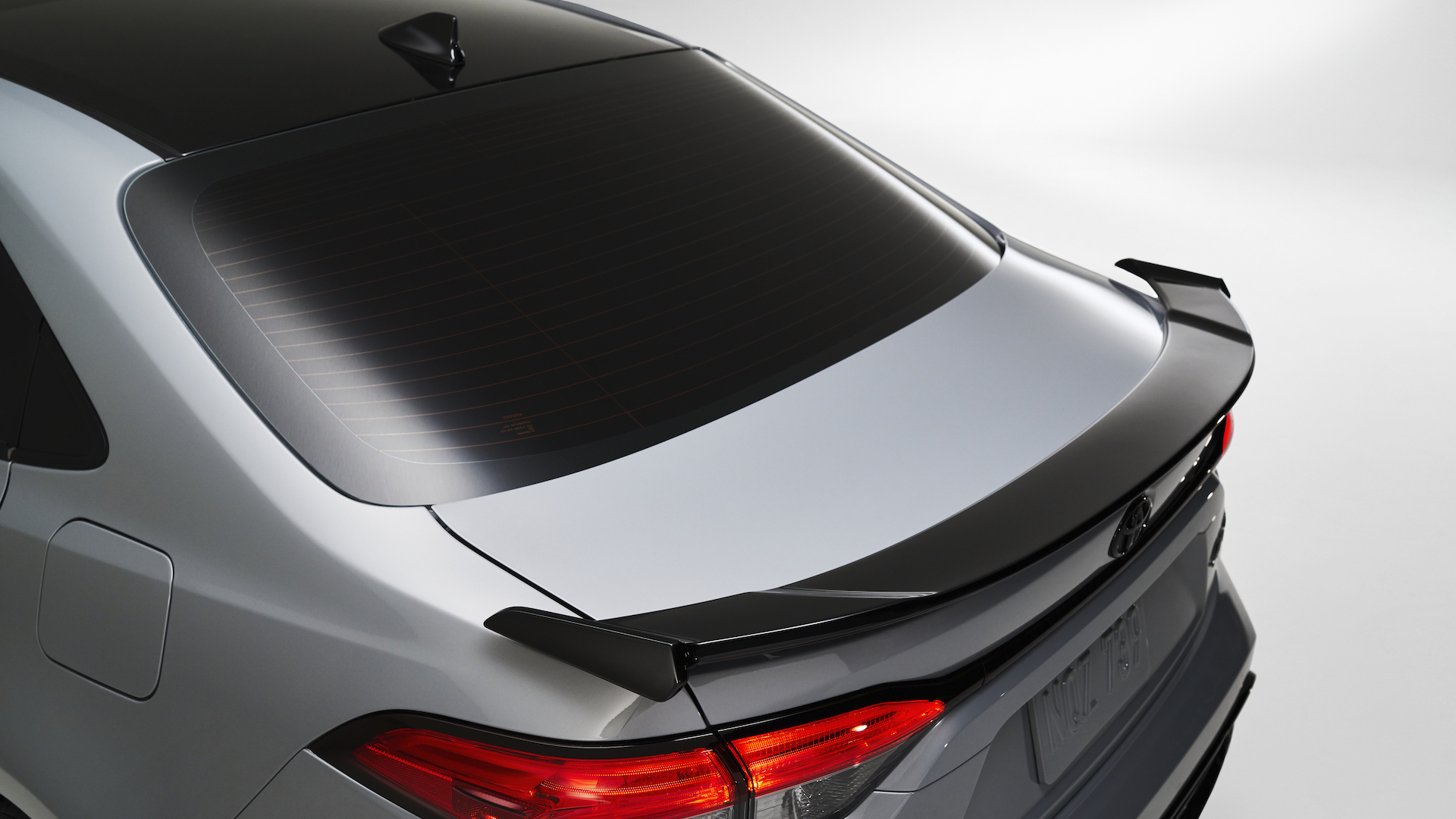 2.0-liter Dynamic Force engine — All of the above only matters if you have sufficient power to back it up and the Corolla Apex Edition delivers with 169 peak horsepower at 6,600 rpm and 151 lb.-ft. peak torque at 4,800 rpm. That’s made possible in part by a high compression ratio, Toyota D4-S fuel injection, high-speed combustion, VVT-iE intelligent variable valve-timing on the intake side and VVT-i on the exhaust. Plus, this engine’s maximum thermal efficiency — at 40 percent — is among the highest among current passenger cars. 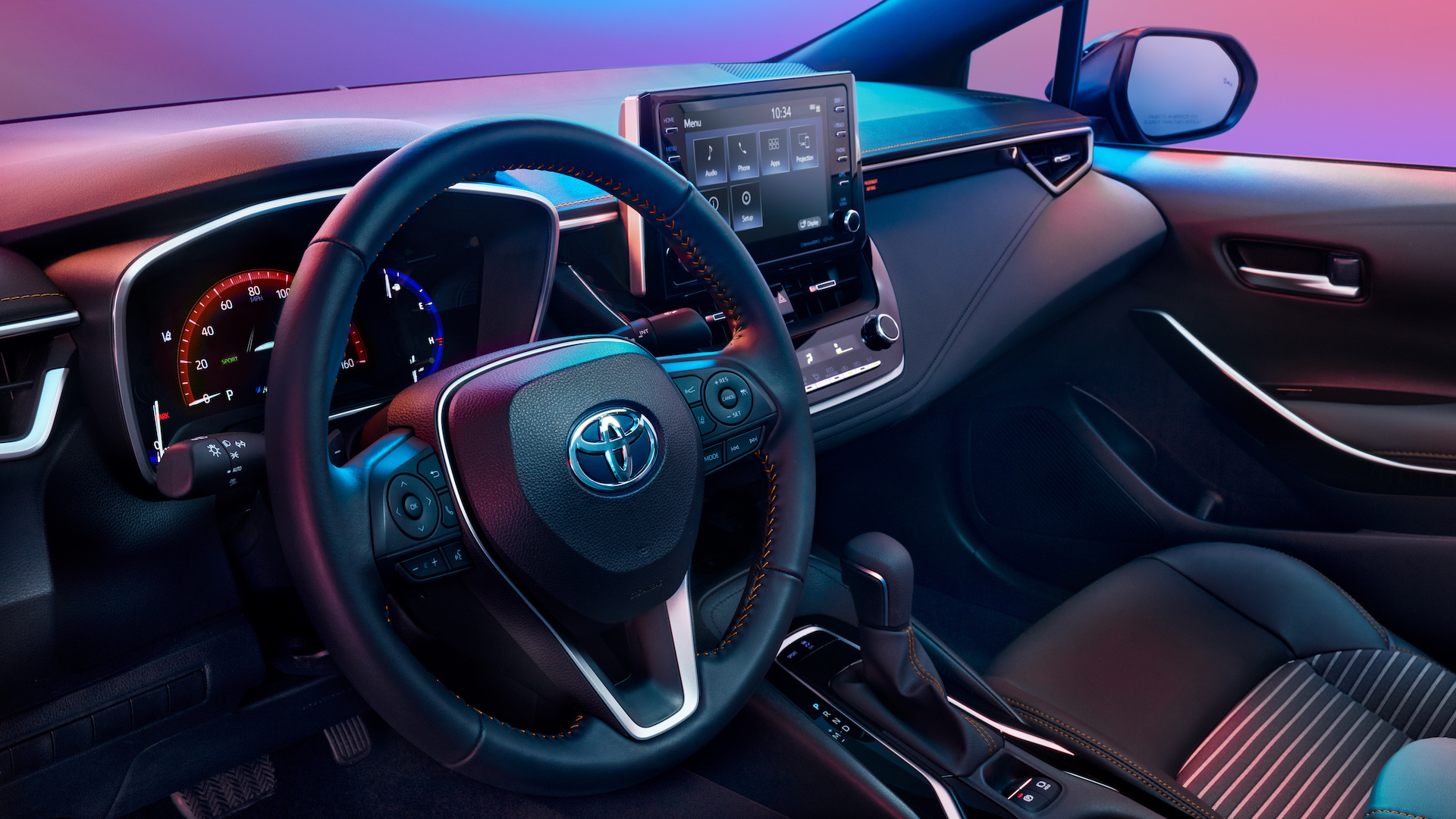 Toyota Safety Sense 2.0 — Like all 2021 Corolla grades, the Apex Edition will come standard with Toyota’s suite of driver-assist technologies. In addition, Blind Spot Monitor with Rear Cross-Traffic Alert will be standard equipment on the XSE Apex Edition and optional on the SE Apex Edition with CVT.

Limited volume — If this is the Corolla you’ve been waiting for, you’d best act quickly. Toyota will only make 6,000 of them annually. So odds are they’ll move fast, in more ways than one!